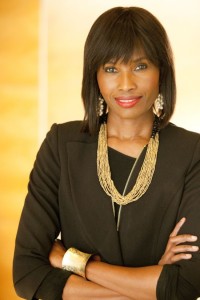 I was raised in Lagos, Nigeria in the 1980s. As a child, I was acutely aware that I did not fit in because I was raised by my mother in a single parent home. Back then, Nigeria resembled the U.S. of the 1940s: The overwhelming majority of Nigerian families stayed in a nuclear formation and were headed by a male.

In hindsight, I might have been OK with our being “different,” except that our society ostracized families without a male “head of the house.” For example, when disputes occurred between landlords and tenants, if a man was present in the home, issues were typically resolved amicably. In my mother’s case, when she couldn’t make rent, she was not afforded the protections landlord-tenant rights should have offered her. Our landlords would cut off the lights or water, and my mother had no recourse. They would ridicule, mock, and harass her, and no law enforcement ever came to her aid.

This circumstance of my upbringing made me realize early that it was in my nature to speak up for myself, my family, and others who needed my help. I became an advocate for anyone I could: I formed my own debate team in grade school, and categorically defended the misfits I knew against bullies.

Meanwhile, I developed another passion. At the time, it was trendy for Nigerian women to have their own tailors, and when I was six years old my mother designated me as her style messenger: I conveyed what she wanted to her tailors, and carted the clothes back and forth. I quickly realized I wanted to learn all things fashion: to sew, to sketch, to design. I dreamt in colors. The smell, and touch of beautiful fabrics, gorgeous design aesthetics, strong silhouettes and vibrant colors always teased my senses and made my imagination come to life. I kept a scrapbook where I sketched “cute outfits” (at least, I thought they were cute) that I hoped to one day design.

This passion was a surprise— by about the age of six, I had come to reject delineated roles for women. I was tomboyish and tended to rebel against any and all things that attempted to define my gender identity and its supposed limitations. I had no interest in learning how to cook, for example, despite the insistence of broader society that I would never marry if I did not learn. But when it came to fashion, I was powerless—there was an innate draw.

In 1998, after I had moved to the states, I returned to my other early love, advocacy, and enrolled at U.C. Hastings College of the Law. I completed my legal education at Georgetown Law Center, and through it all, I knew that I would practice fashion law. I even organized the first fashion runway show at Hastings and a runway show at the National Black Law Students Association conference.

Over the years, I worked as a model, and in clothing retail. But I’d always had a keen interest in the intellectual side of fashion. How did fashion intersect with society at large? What were its historical underpinnings? In Nigeria, no one ever discussed costume design or fashion as a way of exploring the culture. I finally enrolled at the Delta School of Fashion in Stockton to explore those questions.

Once I had my law degree and desired institutional fashion knowledge, I never strayed from my path. A decade before most lawyers had even heard of the practice area, I developed and organized California’s first fashion law seminar for San Francisco Fashion Week. I have since created similar seminars for Hastings and California Lawyers for the Arts. Now, I’ve co-founded a firm where fashion law is one of our main areas of practice.

The society I grew up was hard on women like my mother, and on girls like me. But despite the discrimination I experienced, fashion gave me freedom of expression. Now, I am happy to be in a place that allows me to celebrate my heritage, and to marry my twin passions of fashion and the law.

First written for and published in California Lawyer Magazine Nov. 2014.