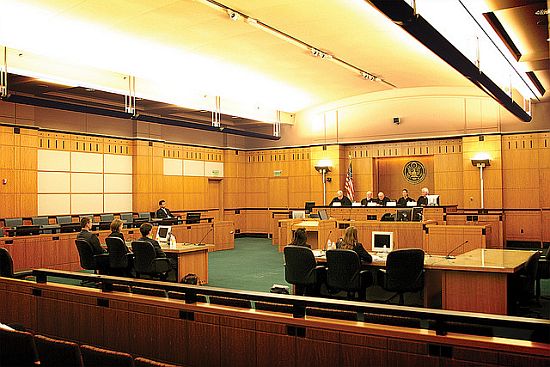 I have always debated as far back as I can remember. I formed a debate team in grade school, participated in impromptu debate sessions on my high school campus, joined a debate team in college and also debated in law school. In law school the debate team that law students compete to get on is known as the “Moot Court” team. The competition is fierce to secure a spot; and on almost all campuses and in the legal profession, it is something prestigious to have on your resume. I had the privilege of being on the Georgetown Law Moot Court Team where I had an amazing time!

Since graduating law school, I have had the privilege to judge a few debate competitions as well as coach a high school trial advocacy team who won 2nd place, for the first time in the school’s history.

On October 18th, 2010, I will have the privilege and honor to Judge UC Davis School of Law Intraschool Moot Court Competition Round(s) at King Hall. I am looking forward to this!

Each year, King Hall has members of the bar (attorneys) critique the performances of the more than 100 students that enroll in the school’s Appellate Advocacy (Moot Court) program. Students benefit tremendously from the expertise and real-world insights of these practicing attorneys.

As a judge, I will sit together with a colleague and a member of the Moot Court Board on a panel of a fictional United States Circuit Court of Appeal. The Court of Appeals is the intermediate court after the trial courts. We will hear arguments on a hypothetical case concerning issues in either criminal law or civil procedure (the rules every attorney needs and must know to navigate the civil court system). Each side’s argument will be ten minutes long, after which we the judges confer and then provide feedback and a written score to the students. We will hear four pairs of arguments while in session.