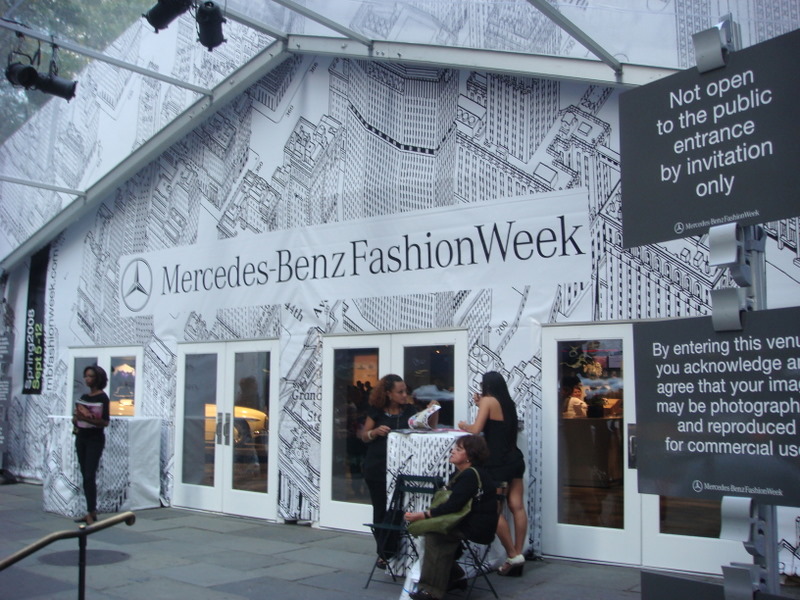 Since Fashion Week began this season, I felt a very strong compelling need to ask this question and write about it. I had taken a look at the line up of designers and it just was dismal compared to what Fashion Week has been the past ten or even five years. I resisted asking this question to continue to make more observations. But, what do you know, The New York Times writes an article asking essentially the same question.

For my fashion law colleagues, you will find it interesting that lawsuits are to blame for the final alleged deteriorating state of New York Fashion Week as many know it.

Read on and tell me what you think.

Have a good week ahead.

“Fashion Week has been around in some form or another for 70 years, but (wouldn’t you know it?) fashion people have been complaining about it for even longer.

In 1941, when the International Ladies’ Garment Workers Union first invited 30 journalists to New York to visit the designer showrooms, its membership balked, not seeing how writing about clothes would help sell them. Even after Eleanor Lambert, the great 20th-century cheerleader for American fashion, got her hands on the event two years later and created the first “press week” at the Waldorf-Astoria, the rag reporters grumbled, though their numbers grew and grew.

“My face seems to show the lines of every silhouette that has appeared during the past 15 years,” one of them groused in The New York Times. That was in 1958, when their numbers were about 200.

To the outside world, Fashion Week may look like the most fabulous party on earth, but insiders are getting a little tired of all the fuss. In its present form, it is more like Fashion Month, beginning Thursday with the overscheduled spring collections in New York and ending with those in Paris on Oct. 3, with no breaks in between for the now thousands of writers, retailers, photographers, videographers, bloggers and hordes of indeterminate somebodies who for various reasons Really Must Be There.
Designers, too, seem to be dreading this season, and more so than usual. “It’s depressing,” Joseph Altuzarra said a few weeks ago at a party for a Web video about his clothes, already hustling in the supposed recess of summer. “Well, not depressing so much as panic-inducing.”

There is, in fact, a curious sense that just when fashion has become a vibrant force in popular culture, attracting a new generation of designers (and wannabes), Fashion Week is losing its relevance. Of course, people have been complaining that there are too many shows for more than a decade. (It was the subject of a front-page article in this newspaper 12 years ago, and look at Fashion Week now; it’s nearly twice the size, with 350 shows and presentations over nine days.)

But the real point of Fashion Week, to promote collections to editors and retailers several months before they will be in stores, is becoming lost in the age of instant online accessibility. Factoring in the revved-up cycle of fashion, the addition of resort shows, the fashion show that takes place outside the tents for the street-style photographers, and the confused customers, Suzy Menkes, in a column in T: The Times Style Magazine last month, wondered “who needs more fashion and is gagging for yet another show?”

In fact, the major events in New York, London, Milan and Paris are coming under fire from all directions. Jewish editors and retailers are upset that the New York and London shows overlap with the High Holy Days. Lincoln Center area residents are furious about the intrusion of the noisy shows and polluting generators into Damrosch Park and neighboring streets (and those shows, formerly in Bryant Park, appear to be on the verge of moving once again).

Can you imagine? All those people in pastel? My eyes!

“Fashion Week needs to be rethought,” said, of all people, Fern Mallis, who turned the shows into a wildly successful marketing and media event in the first place. In 1993, while executive director of the Council of Fashion Designers of America, she orchestrated Fashion Week’s move to Bryant Park, where runway shows took place twice a year under enormous white tents for 15 years, establishing New York designers on par with their counterparts in Europe. The move to Lincoln Center in 2010, necessitated by a dispute with park management over the duration and timing of the shows, was heralded at the time for bringing the luster of the performing arts to fashion.

But there is little disagreement that the move has been a failure. In March, a lawsuit was filed against New York City and Lincoln Center over the use of the park for commercial events like Fashion Week and the Big Apple Circus, which effectively limit the public’s access for most of the year. . .”

FASHIONENTLAW blog, authored by Ms. Uduak, was first established in 2010. It is now incorporated, in 2021, as part of the FASHIONENTLAW LAW FIRM blog. The blog is for informational purposes only and provides legal commentary and analysis on the intersection of mainstream America pop culture and the law. It also provides updates on Ms. Uduak’s speaking engagements and press activities. For inquiries on topics covered on this site, please get in touch with our firm. If you seek legal representation for your specific legal needs, please schedule a consultation.