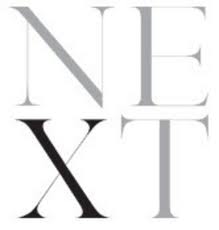 “It pays to be beautiful, but it may not pay as much as it should. That’s the contention in a $20 million class-action suit against some of New York’s top modeling and advertising agencies, including Ford Models, Next Management and Wilhelmina.

The suit, filed on behalf of 31-year-old American model Louisa Raske and other unnamed male and female models, claims that the modeling agencies failed to provide accurate account statements and concealed money received on the models’ behalf.

“We’ve alleged that the modeling agencies are unjustly enriching themselves by using money interest-free that belongs to the models,” Skip Taylor, lead counsel for Raske, told ABC News.

The main problem, the suit asserts, is that the agencies mix their own funds with the money held on the model’s behalf, which allows them to use that money on their own behalf, with “little fear of being discovered,” the suit alleges.
Another issue is that models aren’t represented by the same agency for their entire careers. Typically, a contract lasts about three years, and then the model moves on to another management company.

So, if for example, an advertising agency wants to continue to use a model’s photo on a particular product after she has left the modeling company, the modeling company will simply forge her signature or pretend that it had contacted the model and was “legally allowed to move forward with the business transaction,” the suit alleges. And since models aren’t aware that their image is being used again, they might not know that they are owed more money and so they “never demand or receive payment.”

ABC has the full story.