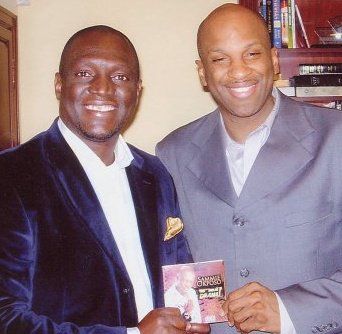 July of 2010, I discussed the arrest of Nigeria’s popular Gospel singer Sammie Okposo, who is often compared to America’s Donnie McClurkin, in Abeerdeen during his honeymoon with his bride. Almost a year later, I received the release below from his camp that he has just been cleared of all criminal charges filed against him. Good for him. Read the release below:

**”African leading gospel star and United Nations Youth Ambassador for World Peace, Sammie Okposo has been cleared of making racist comments in an Aberdeen Restaurant during his honeymoon last year. Okposo was discharged and acquitted of all charges on April 8, 2011 at exactly 11.30am (U.K time) by the presiding judge in Aberdeen court. The judge said all evidences brought against him are insufficient, incoherent and baseless.

The most surprising aspect of the court proceedings was that Okposo wasn’t called upon at any time by the judge to step into the witness box. The judge pronounced his judgement after Okposo’s lawyer, Ms Val Bremmer from Mackie and Dewar Solicitors cross examined the manager and the assistant manager of Jimmy Chung Restaurant and discovered that their testimonies were incoherent.

The statements of both the manager and the assistant manager of the restaurant at the court room were different from their previous statements made last year. The same restaurant manager that accused Sammie Okposo of being violent lost his temper in the court during the cross examination by the defence counsel. He was however cautioned by the judge.

Speaking on his victory over the court case when he returned to Lagos, Nigeria, Okposo said God has vindicated him. “The bible says no weapon formed against me shall prosper and every tongue that rises up against me in judgement He shall condemn. How can two people who have been working together in court for ten years confuse themselves in court? I give God all the glory that I have been vindicated and my name was not soiled”.

This is the first time Okposo will ever be involved in a court case over the past two decades that he has been travelling round the world for musical concerts and other engagements.

Okposo was alleged to have caused alarm or distress to Ronny Shui Hung Yung by shouting, swearing and uttering racial remarks at the Aberdeen restaurant last year during his honeymoon. He was also accused of acting in a racially aggravated manner by Scottish Evening Express. Against the ethics of journalism, the paper published the story based on the reports of the restaurant’s manager, whose unprofessional conduct has greatly been criticized, without listening to the other party and the eye witnesses.

The eye witness accounts said the singer with his wife and another couple arrived at the restaurant at exactly 4.30pm in the evening but were not aware that lunchtime ends by 5pm. This led to an argument while the attendant was trying to hurry them out of the restaurant. Witnesses said they questioned the attendant why she had not informed them when they arrived, saying they would probably have waited till 5pm before settling down in the restaurant. An argument later ensued between Sammie Okposo and the manager of the restaurant identified as Mr Ronny Shui Hung Yung over their poor customer service and for harassing his wife urging him to get another job if he is tired of running the restuarant. The manager later called the police that a racist statement had been made against him and when the police reportedly arrived at the scene 30mins after, they arrested Sammie Okposo without any interrogation.

Sammie Okposo’s lawyer in Nigeria, Valentine Emeka Utulu of Johnson Bryant immediately raised a case of personal harassment and aggravation against the restaurant management and the violation of his human rights by the Aberdeen police. The lawyer petitioned the First Minister of Scotland (Minister of Justice) over the unlawful arrest of Okposo. The lawyer copied so many influential individuals like the President of the Federal Republic of Nigeria, The Queen of England, The Prime Minister of Great Britain, The Secretary General of The United Nations, The Nigerian Ambassador to The United Kingdom, The Honourable Minister of Foreign Affairs, The Solicitor to The Advocate General of Scotland and The Chairman Federal House of Representatives Committee on Nigerians in the Diaspora.